"When a Tangent Universe occurs, those living nearest to the Vortex, will find themselves at the epicenter of a dangerous new world.Artifacts provide the first sign that a Tangent Universe has occurred. If an Artifact occurs, the Living will retrieve it with great interest and curiosity. Artifacts are formed from metal, such as an Arrowhead from an ancient Mayan civilization, or a Metal Sword from Medieval Europe. Artifacts returned to the Primary Universe are often linked to religious Iconography, as their appearance on Earth seems to defy logical explanation. Divine intervention is deemed the only logical conclusion for the appearance of the Artifact"

- Artifacts as described by The Philosophy Of Time Travel

Artifacts are abnormal objects which appear when a Tangent Universe is formed. They play a vital role in the outcome of the creation of said universes, as described in the main article about them.

How artifacts come into existence is still fully unknown. One plausible theory states that during the formation of a tangent universe, in which an exact copy of the universe is formed, an "error" in the copying process occurs, creating duplicates of one object from the original universe into the tangent one.

In Donnie Darko, the artifact takes the appearance of a Jet Engine that crashes on Donnie's bedroom. At the end of the film, the engine is pulled from a jet plane by Donnie and enters a wormhole 28 days into the past along with Donnie as the Jet Engine crashes onto Donnie's Bedroom this time killing him.

In S. Darko, the Artifact takes the appearance of a Meteorite that crashes on a windmill where Justin Sparrow was and a Car that kills Samantha and Corey. At the end, Justin time travels the Meteorite 4 days into the past as the meteorite crashes onto the Windmill, killing him. 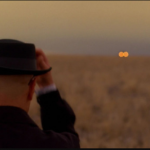 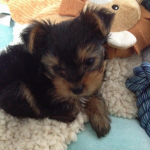 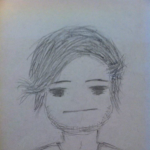